Interpretation is costing you time, money and A LOT of frustration. So, say Hola to Speechly! Powered by AI, Speechly lets two people hold a conversation in multiple global languages while using a certified Jabra device. It’s interpretation, but nothing like you’ve experienced before. 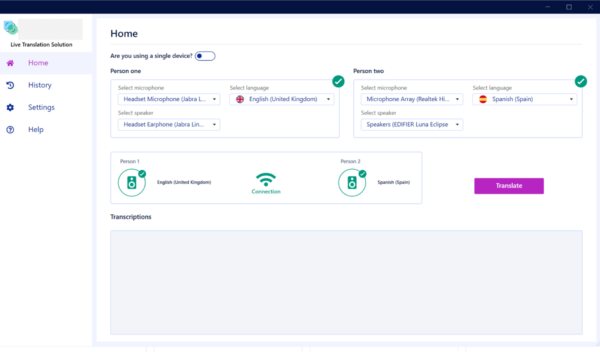 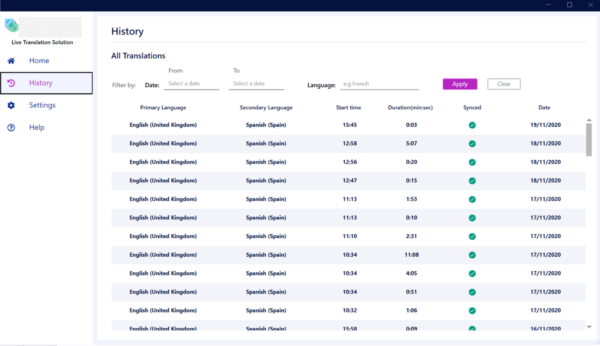 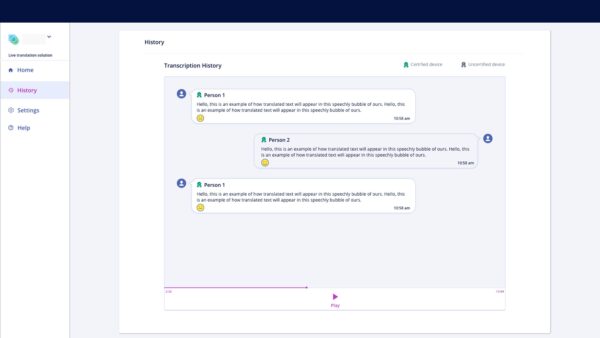 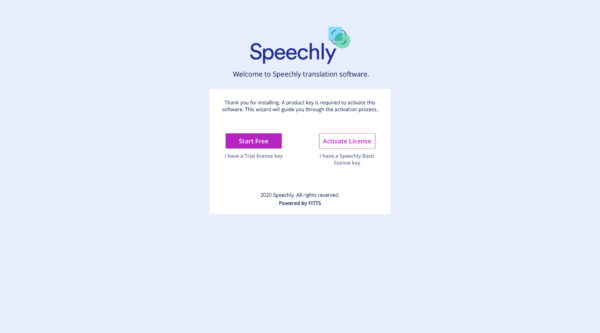 Instantly communicate in 26 languages with your Jabra Device.

Speechly is a cloud-based application that enables real-time translation in 26 languages. Powered by AI and configured to work with most certified Jabra devices, Speechly enables one-to-one conversations between two individuals wearing headsets or talking into a Jabra speakerphone in the same room.

Real-time communication in 26 languages
Communicate in the most widely spoken languages in the world, translated instantaneously using artificial intelligence that is continually learning.

Configures with most Jabra devices
Speechly is designed to work with compatible Jabra devices (headsets and speakerphone). You need nothing more than a Jabra device and an internet connection.

Save money and be more responsive
Avoid expensive interpreter fees and allow your staff to communicate more frequently and spontaneously with the customers and communities you serve.

CloudBlue CommerceMulti-tier commerce platform that allows you to launch marketplaces to partners, resellers and end customers.

Microsoft Management SettingsService that sends a GDAP request to the customer by email when there are GDAP roles pending approval.

Telegram ExtensionSend platform notifications to the telegram channel of your choice.

Activation NotificationsSend a personalized email to the customer when a new Subscription is activated.

OpenCartSimple to start. Easy to run.

Mulesoft Anypoint PlatformConnect any app, data, or device - in the cloud, on-premises, or hybrid.

Microsoft AppSource MarketplaceFind the right app for your business needs.

CloudBlue PSAIntegrate sales, operations and finance in one system

ZapierConnect your apps and automate workflows

AppDirectDistribute your products through a network of SaaS marketplaces.

EcwidE-commerce Shopping Cart is Fast and Easy to Use

BoomiAccelerate your business. Connect everything, engage everywhere and run anywhere .

No items of this type

Pay as you go

Contact us
More in Communication and Collaboration
See all

Ozonetel Contact Center Ozonetel Ozonetel is a highly adaptable Contact Center solution that helps businesses to get on the cloud, automate processes, and reduce operating costs by 50%. We deliver cutting-edge dialers, code-free IVR, and integrated AI for 2,500+ contact centers across the globe. But most importantly, we make deployment easy and stress-free for contact center managers with our unique legacy system adaptations, personal one-on-one onboarding, and rapid go-live.

Sembly AI Sembly AI Meeting technology for modern teams. Use Sembly to unleash the power of AI in business meetings by transforming them into actionable insights. Now, you can focus on moving your team forward and improving communication, efficiency, and productivity.

CoreInteract Altigen Communications, Inc. [Fast-Track product] CoreInteract allows you to manage customer interactions natively in Microsoft Teams. Workgroup calls are clearly identified for workgroup members to easily differentiate between a customer call and an internal call. CoreInteract can retrieve and pop relevant customer data with each interaction to provide more control and customer insight than ever before.

Talk with a CloudBlue expert today to get started